Dear Men,
Don’t be so wussy with your wife 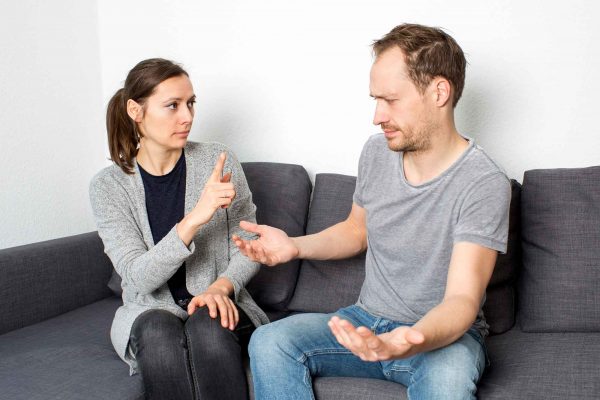 Listen, Gentlemen, we need to talk. First of all, obviously as a woman I can’t relate to what it’s like to be a man in the modern world. But I can see, very clearly, what’s happening in modern marriage and relationships—and it’s not pretty. In fact, it’s a downright disaster.

I know you want a marriage in which your wife respects and admires you the way she did when you were dating. I know you want her to want to have sex. I know you wish she were softer and kinder and more nurturing—not just with the kids but with you.

As a marriage and relationship coach, I help women like your wife understand men and learn how the male-female dance works. Modern women weren’t raised to be wives; they were raised to rule the world. In order to achieve this goal, they’ve been encouraged to blame men for just about everything that goes wrong, both inside and outside the home.

But not all wives are eager to change. For this reason, I also hear from husbands who ask me how I can help them get their wives to listen to someone like me, and I tell them all the same thing: You can’t. But you can change the way you respond to her. And I can help you do that.

The fact is, too many men have abdicated their masculine leadership in the home. Perhaps they think women are supposed to be in control on the home front. Perhaps that was the model they had growing up.

When a boy lacks direction for what it means to be a man, he almost always brings that confusion into his own marriage and relationships. He will very often suppress his masculine identity in order to keep the peace. This is a huge mistake.

Why? Because deep down, no woman wants a man with whom she can control or be in charge of, no matter how much it may seem otherwise. And no man, as you and I both know, wants to be controlled.

The dominant wife/accommodating husband dynamic isn’t new, but it’s far more common today. America’s concerted effort to foster women leaders while at the same time feminize its men had made this dynamic a bona fide epidemic.

I know this to be true because I hear from these couples every week. Almost everyone who contacts me about coaching is dealing with some form of this dynamic.

Perhaps his wife or girlfriend is strong-willed, or has to have the last word, or uses the money she makes as leverage within the relationship. It’s like she’s in charge, and he’s just going along for the ride.

Regardless of the circumstance, these couples are dealing with the fallout of the dominant wife/accommodating husband dynamic. So what can you if you’re in this situation and your wife or girlfriend won’t change?

You can change yourself.

Stop trying to please her. Don’t ask—decide. Learn to say “no.” Own your weaknesses. Respond, don’t react. And never, ever stop wooing her.

The more your wife acts out, or the more she acts less like she did when you were dating and more like a disrespectful nag, the more she’s crying out for you to take charge. Not of her, but of yourself and of the situation at hand. She doesn’t want to make all the decisions. She doesn’t want you to “do what you’re told.” She wants you to be stronger than she is so she can relax back into her feminine. Basically, she doesn’t want to be the leader. That’s your job.

And here’s the kicker: The stronger your wife or girlfriend is, the more intense her desire will be.

Just as you want your wife to be more feminine, she wants you to be more masculine. If you don’t know what that looks like, you’re not alone. But the sooner you learn, the happier you and your marriage will be.