Divorce is contagious. Take it off the table 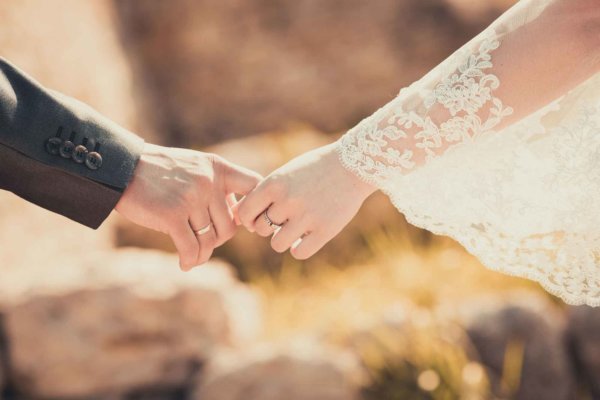 What if the secret to staying married is simply choosing to do so? This mental thought process is much more powerful than it seems.

For one thing, the decision to never get divorced leaves all the room in the world for the marriage to improve over time, which it typically does. One study by the Institute for American Values showed that “two out of three unhappily married adults who avoided divorce reported being happily married five years later.” This was true even after controlling for race, age, gender, and income.

The problem with the mindset that you can always get divorced is that knowing you have an out directly affects the amount of effort you put into it.

“When a decision is final, we engage in a variety of psychological processes that enhance our feelings about the choice we made relative to the alternatives,” writes Barry Schwartz in The Paradox of Choice.

It is true that divorce is sometimes necessary, particularly when a partner is in harm’s way, but we live in a culture that equates divorce with liberation, as though it were a “get out of jail free card.”

Ask any honest psychologist, and he or she will tell you that divorce is a temporary relief at best. More often than not, divorce creates more problems than it solves. Not only does divorce hurt children, as well as the relationship between parents and their children, but most people who get divorced go on to remarry and thus bring with them a whole new set of problems. That’s why the divorce rate for second marriages (that involve children) hovers around 70%.

Divorce, in other words, is no panacea. If you want to avoid it, remove it from your mind altogether. One survey of 1,000 married women showed 50% have a “backup husband,” or a man who serves as plan B in case their marriages fail. Talk about undermining your own marriage!

These women have created a self-fulfilling prophecy. Fantasizing about a marriage that doesn’t exist and preparing for the demise of your actual marriage will almost certainly lead to its death.

That’s why mentally removing the option to divorce is a great strategy. In fact, it may be the best-kept secret to staying married.