Guns Are Just a Symptom of the Underlying Problem 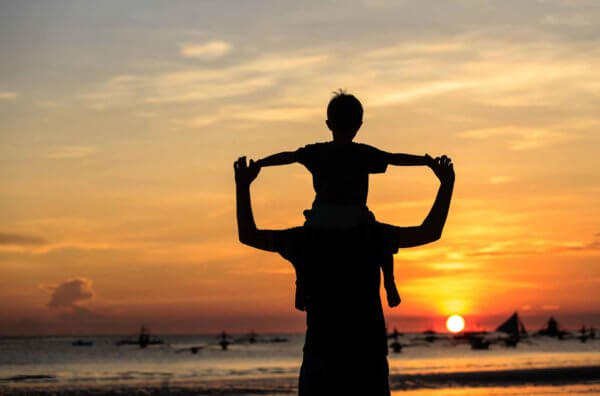 First, to be clear: this is not an argument against gun control, per se. I have no problem with proposals such as background checks and “red flag laws” in response to mass shootings. No doubt they will do some good.

But they will not cure the underlying disease.

There is no one thing or one group to blame for America’s mass shootings. There are big factors and smaller factors that work together to produce a perfect storm. The “big” factor is the breakdown of strong, intact, healthy families—via divorce or never-formed marriages, as well as absentee or lax parenting.

Family dissolution and dysfunction almost always results in children’s needs being thrust aside in favor of more pressing adult matters. This, in turn, can and does result in drug addiction, anxiety, suicide, depression, violence, promiscuity, despair and, yes, even hate.

Hate is more of a male issue than a female one. Girls whose needs aren’t met may withdraw, struggle with emotional issues, or lash out in a manipulative manner. Men and boys are more outward with their pain. They’re also affected by broken homes in a unique way since more often than not boys lose their dads in the process.

Why is father absence such a big deal? For many reasons, but there are two in particular. One, boys are saturated in testosterone and must learn to channel their aggression a healthy manner. That’s one of the many things dads do well. Mothers can try to help their sons with this task, and some will be successful in doing so. But mothers cannot, as a rule, identify with their sons’ aggression the way dads can.

Two, once boys become teenagers they tend to pull away from Mom and look to their fathers to be role models for how to be a man. And if Dad is absent, or if he’s present but abusive or otherwise engaged, boys will struggle with their worth and identity.

Add to these family circumstances the cultural narrative that insists masculinity is toxic, and add to that the saturation of violent media images, and what do we expect? With going outside to play no longer an option, troubled boys will easily escape to a virtual world that breeds isolation.

Guns, violent video games, pornography, drugs and mental health are not the culprits but the symptoms. Almost all of them can be curbed or contained when children grow up in married-parent households with physically and mentally engaged moms and dads.

It is simply indisputable that for the past half-century, the strength of America’s marriages and families has disintegrated. As a culture, we are dismissive of marriage and downright agitated by the needs of children.

“Parents come to my practice regularly to discuss symptoms their children exhibit due to their families having busier and more distracted lives, premature separation (children being placed in day care as early as 6 weeks old), and their parents’ lack of interest in nurturing,” writes Erica Komisar, psychoanalyst and author of the Being There: Prioritizing Motherhood in the First Three Years.

We’ve also become materialistic. The goal is no longer a simple life focused on our obligations to family but a “big” life focused on the Almighty Self. As if there’s something “out there” that offers the kind of meaning and joy we can’t seem to find in our own homes. Don’t think our children don’t notice.

Whenever I write about the breakdown of the family, some people charge back with, “But there are plenty of people who come from broken homes who don’t become drug addicts or wind up in prison!”

Yes, and there are people who smoke a pack a day their entire lives who don’t get cancer. That doesn’t mean smoking is harmless.

Others point to the fact that black men aren’t the ones committing these mass shootings, so it must be a race problem—as if white men are prone to kill, but black men aren’t. I guess no one told them the vast majority of black murders are committed by black men. Mass shootings are indeed rife in the black community; they just take a different form.

The takeaway of this article, then, is not that fatherless boys are destined to become mass shooters. It’s that broken or never-formed families that result in father absence, combined with lax or absentee parenting, combined with a culture that denigrates masculinity and provides children with unlimited access to violence and pornography, is a recipe for disaster.

The good news is that we can all do something about it.