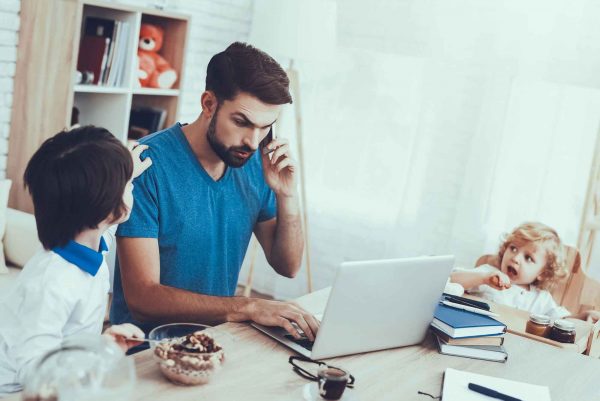 You may have heard that divorce rates, particularly among the newly married, have skyrocketed amidst COVID-19. According to divorce attorney Michelle C. Thomas, coronavirus has “brought a lot of issues that may have been swept under the rug to the surface.”

Those “issues” may vary from couple to couple, but for many millennials they tend to have a single cause: shockingly unrealistic expectations.

And it isn’t husbands who harbor them—it’s wives. Here are just a few of the most recent articles from newly divorced millennial women.

In “Considering a Coronavirus Divorce? You’re in Good Company,” Kim Brooks writes of wives feeling “trapped” in their homes. Brooks, who’s in the process of a divorce, wanted the freedom to do whatever she wants—such as talk on the phone for hours on end or even smoke—without anyone else having an opinion about it.

But it isn’t just the desire to do as one pleases that causes modern women to leave their husbands. The truth is these wives put far too much on the couple’s plate, and then blame their husbands when it all falls apart.

“My neighbor,” writes Brooks, “had always felt she was the over-functioner in the relationship, the one doing more of the parenting, more of the housework, more of the emotional work, and doing it all while she worked full-time and earned a Ph.D….The quarantine clarified what she had sensed for some time, that she did not want to be married to this person. Now that they’ve separated, she says, she feels free. ‘Thank God we’re not trapped in a home together,’ she said.”

Fellow wife and mother, Lyz Lenz, can relate. In an article she wrote for Glamour, Lenz writes that she spent twelve years fighting for an “equal partnership” and because she couldn’t get it, she left.

“I was 33, a mother of two, and bone-tired. I didn’t want the laundry and chores to be the rest of my life. I didn’t want to always be drowning in work and childcare and housecleaning and dinner, bearing the brunt of the labor.”

Wives who leave their husbands due to what they perceive as a lack of fairness in their marriages have misdiagnosed the problem. The real reason millennial marriages fail is because this generation of women has been taught to believe that equality means interchangeability between the sexes, as though men and women are mirror images of each other. They are not.

The real reason millennial marriages fail is because this generation of women has been taught to believe that equality means interchangeability between the sexes, as though men and women are mirror images of each other. They are not. Click To Tweet

Moreover, their anger is misdirected. Rather than blame their husbands, millennial women should be blaming their parents and the culture for telling them such an egregious lie. Men and women aren’t interchangeable at all. They are beautifully and maddeningly different.

These wives correctly identify as the source of their frustration what we call “emotional labor,” which refers to the fact that women are much more attune than men are to the details of what goes on at home. What they get wrong is in the reason why wives carry this emotional labor.

They erroneously believe women are “saddled” with it due to societal expectations. That isn’t it. It’s in a woman’s DNA to be more attentive to the needs of children and to be more emotionally attached to the home. She couldn’t escape this feeling if she tried.

American men are doing their fair share. In 2016, fathers reported spending an average of eight hours a week on child care—roughly triple the time they provided in 1965. They also put in about 10 hours a week on household chores in 2016, up from four hours in 1965.

The real issue is that no two parents of young children can possibly keep up with the amount of work that needs to get done both inside and outside the home when both husband and wife work full-time and year-round. It’s just too big of an ask.

No two parents of young children can possibly keep up with the amount of work that needs to get done both inside and outside the home when both husband and wife work full-time and year-round. It's just too big of an ask. Click To Tweet

There’s your problem right there. Millennial women are clamoring for something they’ll never have: interchangeability between the sexes. Rather than accept this, they choose to leave.

These marriages were absolutely, 100% salvageable. It simply requires a willingness to recognize you’ve been misled about women and men and to subsequently adjust one’s inflated expectations—of men, of marriage, of motherhood, and of oneself.

“You are your own worst enemy,” notes bestselling author Lisa Kleypas. “If you can learn to stop expecting impossible perfection, in yourself and others, you may find the happiness that has always eluded you.”