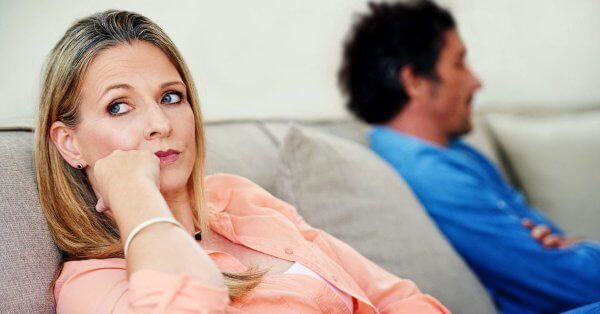 This article was originally published at the Washington Examiner.  My co-author for this piece is Terry Brennan, co-founder of LW4SP.

So-called “toxic masculinity” is having a moment. The popular recognition of this intersectional feminist belief was exacerbated by the American Psychological Association’s “guidelines” for working with men and boys. These guidelines were compiled by the APA’s Division 51, “The Society for the Psychological Study of Men & Masculinities,” which deemed “traditional masculinity” harmful.

The distribution of the APA’s guidelines created significant controversy. Multiple psychologists stated the new guidelines followed ideological, rather than scientific, principles. Indeed, in its mission statement, Division 51 states that it “acknowledges its historical debt to feminist-inspired scholarship on gender and commits itself to the support of groups such as women, gays, lesbians and people of color that have been uniquely oppressed by the gender/class/race system.”

Meanwhile, the newly updated APA guidelines for Psychological Practice with Girls and Women strike a different tone. They read as follows: “Life experiences and contexts that continue to pose risks for girls and women are important for psychologists to understand, as they influence treatment, research and psychologists’ views of what are strengths and what qualifies as resistance. Of note, in some cultures, resistance is a healthy response to oppression.”

The message is clear: Men are the oppressors, and women are the oppressed. Boys and men should therefore have therapeutic treatment that includes a discussion about their “privilege,” while women should be encouraged to pursue “resistance.”

In other words, your sex dictates your status.

But does it? Are there not examples, and plenty of them, where women utilize their privilege to cause significant harm? Do women not have negative characteristics or behaviors which, if addressed, would result in a better society? Or are feelings of superiority, privilege, toxicity, bullying, harassment, shaming, and manipulation characteristic to only one gender?

As it happens, Meryl Streep just answered that question: “We hurt our boys by calling something toxic masculinity. And I don’t find [that] putting those two words together … because women can be pretty f—ing toxic.”

Anyone who believes that bullying, harassment, and shaming are specific to boys or male culture has clearly never met a teenage girl — or a woman who still acts like a teenage girl. Both men and women can behave in an aggressive manner; they simply express their aggression differently. Men are more likely to use physical force, while women and girls are more likely to use reputation destruction, innuendo, and gossip.

The group of women who’ve been the most successful with such female tactics are feminists. They represent toxicity at its finest, for their anger and aggression is cloaked in righteousness and fairness for all, when in reality they pass on to impressionable young women the idea that men are oppressors, and women are their victims.

It is impossible to live in modern America and not be bombarded with the message that men are bad and that women are good. This narrative seeps into one’s soul, causing women to be on constant guard and causing men to retreat from society altogether. It takes a force of willpower on the part of everyday folks to renounce this destructive theme.

But denounce it we must. For if men and women cannot get along, if they continue to use their nature against one another with bogus labels like “toxic masculinity,” they will never find their way to one another and will stop build families.

They already are. As of 2018 we have a record-high number of single, unattached Americans between the ages of 18-34, up from 33% in 2004. There’s more than one reason for this phenomenon, but at its core is the idea that women can’t trust or depend on men and must therefore live without them. Why would any smart woman hitch her wagon to someone or something that’s toxic?

The fallout of this narrative is simply huge. We cannot survive as a nation as long as it persists. “We’re all on the boat together,” said Streep. “We’ve got to make it work.”