4 Key Takeaways re News of the Gates’ Split 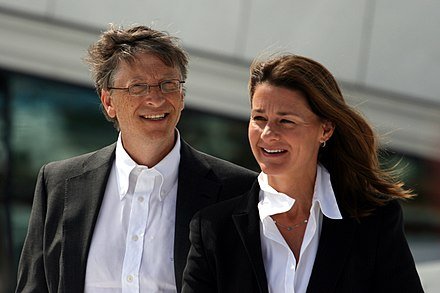 First, Jeff and MacKenzie Bezos. Now, Bill and Melinda Gates. Divorce among middle-aged adults is so popular these days there’s a term for it: gray divorce, or married couples who break up in the second half of life. Gray divorce doubled between 1990 and 2012 and is largely a Boomer phenomenon.

Indeed, researcher Susan L. Brown found that younger Americans are far less accepting of divorce than the previous generation. “Nearly two-thirds [of adults over age 50] agree that divorce is the best solution when couples can’t work out their marriage problems versus fewer than half among younger adults.”

That’s a critical finding. Young people view marriage differently than the way their parents do. Clearly, millennials and Gen Zers want to get married and stay married despite many of their parents’ inability to do so.

So with that mind, here are four key takeaways for the younger set re news of the Gates’ split:

1. Having a lot of money isn’t the road to marital bliss.

I know your parents told you to get your careers in order and your bank accounts full before getting married. This was supposed to give you options in the event of a divorce, but you can see now that it doesn’t work that way. For one thing, the overemphasis on education and career at the expense of marriage caused many of you, ironically, to rack up so much debt marriage has become all the more elusive. For another, even if your finances were strong and steady heading into marriage, this has little to do with marital success. As America’s billionaire divorces prove, the opposite is often true: Having a lot of money in the bank can work against the success of a marriage due to the vast complexities and conflicts that occur as a result. Lesson learned: Having a lot of money has nothing to do with having a happy or a stable marriage.

You may or may not know that Melinda Gates is a staunch advocate of “gender equality.” In June of last year, she teamed up with MacKenzie Scott (formerly Bezos) to launch a $30million new venture called Equality Can’t Wait, an organization that laments the fact that “there is nowhere on earth where women have achieved true equality.”

In other words, Melinda’s a feminist—and a feminist mindset does not bode well for marriage because it’s competitive in nature and mired in victimhood. Indeed, much has been written about Melinda’s unhappiness with being the primary caregiver of the couple’s three kids. One would assume she would have known this going in to the marriage. What do you expect when you marry one of the world’s richest men?

In her book, The Moment of Lift: How Empowering Women Changes the World, Melinda talks about her feminist evolution, which includes a formerly abusive relationship. She also uses the phrase “my truth,” a clear indication of a woke mind—which also doesn’t bode well for marriage. To be woke is to be on high alert for any perceived injustice, and marriage can be a breeding ground if you’re looking for that.

3. Adult children of divorce are not immune to their parents’ split.

When we talk of gray divorce, there’s an assumption that the “children” will be fine since they’re no longer kids. That is rarely the case. It’s true that getting divorced after the children are grown is significantly less intense or potentially combustible. But feelings of loss don’t evaporate with age. Home is home.

First the “kids” have to cope with the shock, which is followed by “a lingering disbelief, and a deep and abiding sense of loss,” writes divorce lawyer Karen Covy. “After their parents’ long-term marriages end, adult children often become cynical. They develop trust issues. Many become angry…They lose their faith in marriage, and they lose their faith in their parents.  They lose their sense of family, and find themselves questioning whether their entire past was a lie.”

”Nothing really sank in,” explained a 20-year-old man in this 1990 article in The New York Times, ”until I watched the movers denude the house I lived in for most of my life. And then I sat on the bare floor and stared at the marks on the wall which outlined the places where our furniture used to be. And I cried until I couldn’t see those borders anymore.”

Finally, there’s the newly divorced parents’ relationship with their children. It will change, and not for the better. There will be new hills to climb, and there will be wounds that may not heal. So at the end of the day, you can’t help but ask: Is it really worth it?

4. New love will eventually become old love, just as it did the first time.

The idea behind gray divorce is that now that the kids are grown and gone, why not experience the excitement of new love and a new life with someone else? It reminds me of the Boomers’ 1960s belief in “free love.” It’s all so feelings oriented.

As M. Scott Peck wrote in his wildly popular book, The Road Less Traveled, “No matter whom we fall in love with, we sooner or later fall out of love if the relationship continues long enough . . . The feeling of ecstatic lovingness that characterizes love always passes. The honeymoon always ends. The bloom of romance always fades.”

In other words, that “new” feeling gray divorcées are chasing is fleeting. At some point, they will wind up in the same spot they were in with their exes. Because more often than not, the problem wasn’t the marriage itself but the unwillingness of one or more partners to fix it.

Suzanne Venker is a marriage and relationship coach and host of The Suzanne Venker Show. Her new book, How to Get Hitched (and Stay Hitched): A 12-Step Program for Marriage-Minded Women, which is available NOW for preorder, will be published August 31, 2021.