How to Know If She’s
Marriage Material 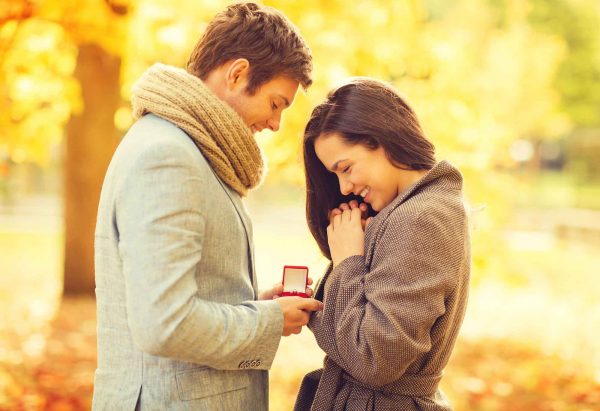 This article originally appeared in the Washington Examiner.

We hear plenty in America about eligible men, or men who are “marriage material.” But what makes a woman “marriage material”? Seems to me this is a more pertinent question since women are the sex that bows out of marriage the most.

Last week, pop star Kelly Clarkson filed for divorce from her husband, Brandon Blackstock, citing “irreconcilable differences.” That may get a big yawn from those who don’t expect Hollywood marriages to last, but the framework of Clarkson’s divorce is emblematic of most divorces today: the overwhelming majority is filed by wives who use the vague umbrella of “irreconcilable differences” to worm their way out of an abuse-free marriage.

How can young men avoid this fate? By paying close attention to the things a woman says and does during the dating period.

So many statements Clarkson made about her relationship with Blackstock prior to marriage mirror the attitudes and beliefs of many modern women. Platitudes such as “I don’t depend on [Blackstock], and he doesn’t depend on me,” or “I think the biggest thing is getting married later in life. You change so much in your twenties.”

These are just a few examples of the narrative women have been sold for decades: Never depend on a man. Delay marriage as long as possible and focus on yourself and your career. (And for the record: people “change” throughout their lives, not just in their twenties.)

More often than not, this approach to life backfires. By inflating the satisfaction money and career can bring, we teach young women to ignore what will ultimately matter to them in the end: love and family. We tend to succeed at whatever we spend most of our energies on; and indeed, professionally women are doing very well. But when it comes to lasting love, they’re shooting blanks.

All the time women spend on education and career at the expense of marriage and relationship formation has another unintended result: they end up marrying men who aren’t as successful as they are. And such marriages hang by a thread.

“The joke amongst successful women is: ‘The better you do at work, the more likely you are going to get a divorce,'” notes Charlotte Ljung, a 39-year-old Swedish CEO.

Rather than try to understand why marriages in which women out-earn men are so tenuous, the culture dumps on men. When a man named Joseph asked Mona Chalabi of FiveThirtyEight if a woman making more money increases a man’s chances of being divorced, Chalabi wrote a lengthy response and ended her counsel with this:

“So, Joseph, if you are among the 38 percent of married couples in which the wife earns more and you’re stressed about the situation, I have to say (with the utmost respect) get over it. Your marriage depends on you not having a fragile ego.”

This entitled and unsympathetic view of men and marriage is the reason so many women fail as wives. Joseph’s ego isn’t the problem; women’s ignorance of the male-female dance is the problem. The assumption is that we can ignore sex differences and pretend those differences don’t matter. But they do matter. The fact is, the richer women get, the more likely they are to divorce their husbands. That’s something men need to know.

So how can men find a woman who’s marriage material? Who’s far less likely to divorce him down the road?

Don’t waste your time with women who put career, rather than family, center stage. Stick with women who look forward to getting married and who structure their lives in a way that demonstrates this value.

Finally, be wary of the woman whose relationship with her father has been broken or the woman whose mother taught her to never depend on a man and to be independent at all costs. The latter scenario in particular is likely to not end well. A feminist mindset is very destructive to marriage.

Your chances of having a happy marriage are just much higher when you marry a family focused woman. Such women do exist, though they’re unquestionably fewer in number so you may have to wait awhile to find her. That will be hard.

But if you want to get married and stay married, it’ll be worth the wait.