Highly self-aware couples have the most successful marriages 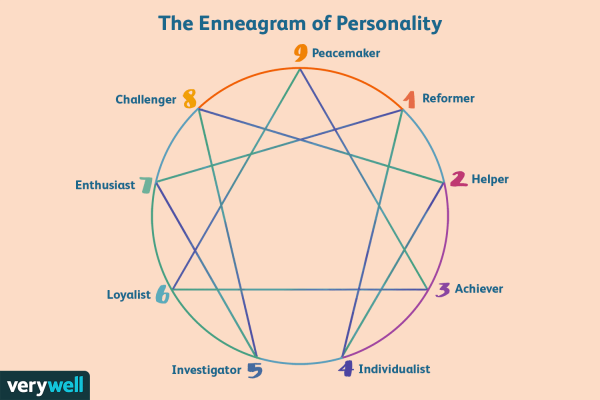 So my daughter is a Two. Known as the Helper, this Enneagram personality profile lends itself well to marriage. She couldn’t care less about being right; she has no desire to compete with anyone; and she’s naturally soft, patient, and kind. She’ll make some lucky man a fabulous wife.

I’m not suggesting my daughter is perfect. Like all Enneagram profiles, she has strengths and weaknesses. I’m simply saying she won’t struggle with marriage in the same way so many women do today.

My daughter was the one who turned me on to the Enneagram, a personality profile that identifies nine very specific but interconnected personality types designed to help people determine why they act, think, behave as they do. It’s become very popular, no doubt because it’s so on target.

[NOTE: Listen (beginning at 19:40) to Dave Ramsey talk with Ian Morgan Cron, author of The Road Back to You: An Enneagram Journey to Self-Discovery, about the 9 personality types and their relationship with money.]

The nine personalities types are as follows: (1) the Reformer (originally referred to as the Perfectionist, which I personally think is the better label) (2) the Helper (3) the Achiever (4) the Individualist (5) the Investigator (6) the Loyalist (7) the Enthusiast (8) the Challenger and (9) the Peacemaker.

If you don’t know your Enneagram number, you can look through the descriptions here or, if you’re unsure, you can take this test to find out. One of these numbers should stand out as being closest to yourself. It’s your basic personality type. However, each has a “wing,” or characteristics from the two types adjacent to your basic type—the idea being that no one is a pure personality type.

For the record, I’m a One. Ones are action-oriented, take-charge types with strong notions of how things should be done. They’re often confused with eights, but eights can be domineering and/or confrontational. Ones are motivated more by passion and their strongly held convictions than they are a need to “one-up” others.

But here’s the important part: What matters most is not which number you are—there’s no good number or bad number—but whether or not you’re self-aware enough to recognize yourself, to own your strengths and weaknesses, and to be willing to improve. That, not your number, is what ultimately determines your success in life.

Not to mention your success in love. Two highly self-aware people will have more success with marriage than those who are not. Two highly unaware people can float along for years, but the marriage will likely be saddled with conflict. And if one person is self-aware and the other is not, the relationship will probably end because the couple won’t understand each other.

Here’s a chart (scroll down a bit) that explains the most common relationship pairings. Note that these pairings are not the most successful pairings but are simply the ones that occur with the most frequency.

For example, one common match, which you’ll see on the chart, is the Type 8 woman (the Challenger) with the Type 9 man (the Peacemaker). This match can work, and since it happens frequently apparently people want it to work, but it very often doesn’t. Why? Because eights can be confrontational, while nines tend to be agreeable and complacent. And this can be a breeding ground for conflict.

Each partner likely wishes he or she could share the other person’s healthier qualities (each profile has strengths and weaknesses). Each may admire and/or be attracted to the other. But over time, if one partner isn’t self-aware enough to grow into a healthier version of themselves—in this case, the eight would need to back down and the nine would need to step up—the marriage breaks down.

Knowing each other’s Enneagram also helps to understand your partner better. If you know more about how he or she thinks, you can tailor your approach or behavior to his or her personality style rather than keep trying the same futile approach your partner doesn’t recognize. That’s what happened to my parents: They had the exact same fights twenty and thirty years in because they had zero ability to be self-reflective. It was maddening.

As a marriage and relationship coach, I see couples with this same dynamic—the Type 8 woman with the Type 9 man—or a similar dynamic—Type 1 and Type 4, for instance, might have similar conflicts—all the time. Some believe the pairing itself is the reason for their conflicts, but it isn’t.

It’s almost always because at least one partner refuses to look inward to improve himself or herself. (And if I’m being honest, it’s usually the wife. Not always, but usually—no doubt because women have been conditioned to believe that if they’re unhappy in a relationship, it’s the man’s fault.)

But this refusal to look inward is where the problems begin and end. The personality profile of your partner doesn’t doom you; lack of self-awareness does. If you can’t look at yourself and make necessary changes, you will never move forward. You’ll remain stuck in a perpetual zone of complacency or misery and believe you don’t “belong” with the other person because he or she is so different from you.

Don’t let it happen to you.