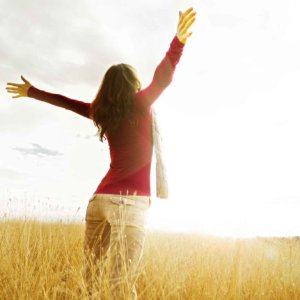 The year 2019 has begun with a bang. A gender bang, you might say. As if the APA’s new guidelines that deem masculinity “harmful” wasn’t bad enough, Gillette subsequently released a patronizing ad that targets masculinity as well. Even worse, it will air during the Super Bowl.

I could wax poetic about the egregious cultural attack on male nature, but I’ve already done that twice—here and here—plus there’s no shortage of articles on the subject.

I’m much more concerned about YOU.

How are you and/or your spouse and children dealing with the onslaught of gender propaganda? How can any of us have a healthy relationship with the opposite sex when the culture undermines our efforts? Do you ever feel overwhelmed about it all, if not for yourself than for your kids?

If so, I’d like to help. From day one, my work has been all about fighting the culture—and this year will be no different. My new book, Women Who Win at Love (due out in October) offers sound countercultural advice and data to help women find Mr. Right and keep him by embracing sexual differences rather than sexual equality.

If you want to win at at love, the only way to do that is to REJECT the propaganda that says gender doesn’t matter and to embrace instead the inherent nature of women and men.

The key is to be strong enough to think for yourself and to do your own thing even when it isn’t popular. That’s not easy, so you’ll need support. That’s where I come in.

There is indeed a political movement surrounding gender that’s sweeping the nation, and it will not let up. But if you hop on board with the cultural narrative about men, masculinity, sex and relationships, I promise you one thing.

If you want to win at love, stick with me. In addition to my new book, I will also have a new podcast this year called “Outside the Box” with another Midwest mom who fights back against the culture as hard as I do. So not only will you have books I’ve written that speak your language, you’ll have a couple of gals in your ear, as often as you want them to be, who will liberate you from the onslaught of cultural propaganda.

So get ready to feel INSPIRED and SECURE about what you know to be true about men and women, children and families—cultural norms be damned.

We certainly do. And we want you to, too.