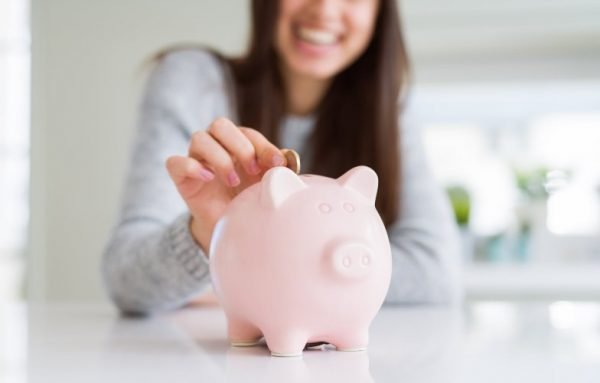 American culture has done a superlative job of convincing women it’s in their best interest to postpone marriage and family as long as possible and to prioritize education and career instead.

This plan, they were told, is better than the way their mothers did things—because women will be financially sound and will thus never have to depend on a man. But this approach to life and love has in fact made women’s lives less secure.

According to new study at Study Finds,

“Americans are trading in their dreams of a happy home and instead are focused on personal finances in 2020 and beyond.”

Of course it isn’t just women who are in this boat—men are, too. But women led the way. It is they who were groomed to shift their priorities away from love and family, onto money, status and career fulfillment. Men simply followed suit. What choice did they have?

A recent article in the Wall Street Journal sheds light on how delayed fatherhood affects men. “A potential reason for the delay in fatherhood is what demographers call the “lengthening transition to adulthood”—the point at which men (and women) feel as if they’ve achieved adult status…You’ve finished your education, you’ve secured a job, you have a stable income and, often, it’s when you’re married and when you’re able to purchase a home. Having kids is the last step.”

Here again it is women who lead the way on relationship formation. Men can’t find wives until or unless women deem themselves “ready.”

But “ready” never comes. The idea was that women would become financially sound, and then get married and have kids. But it hasn’t worked out that way. Instead, women and men rack up debt for schooling they can’t afford, making the thought of marriage and kids all the more daunting.

The truth is, building a financially sound life that includes marriage and family requires the exact opposite of the way young people are currently doing it.

Take Jorge, a man who called in to The Dave Ramsey Show recently. He’s 250K in debt and about to start his medical residency. His fiancé is in the beginning stage of her career as a lawyer. He wanted advice from Dave about combining finances with his fiancé to pay off his debt, despite the fact that the couple wasn’t planning on getting married for 18 months to two years. Essentially Dave told Jorge to get married already and start attacking the debt as a married couple.

Clearly, Jorge and his fiancé had never thought to prioritize marriage. They were on what amounts to a 10-year plan to become a doctor and a lawyer, which for most people means accruing significant debt that, in this case, will be paid off with high salaries. But the couple put the cart before the horse by making money and career the focal point of their life choices.

Had Jorge not called Dave Ramsey, he would have attacked his debt while ‘playing house’ with his fiancé in the hopes they’d eventually be married. But there’s no security in that—financially or emotionally—which is why Dave offered the advice he did.

If Jorge hadn’t called Dave, his life would have become even more complicated. Because even if he and his fiancé had gotten married two years down the line, she’d be well into her thirties; and their attempt to have a family would be yet another hurdle that, if crossed, would further strain their marriage.

Enough time has now passed since our shift in priorities—away from love and family and toward professional success—first took hold. Newsflash: It’s not working. There’s a reason more than half of young people in America is single.

“Something is making it difficult [for people] to fulfill their own desire to have a family,” notes Guzzo.

Indeed.  And that “something” is themselves.