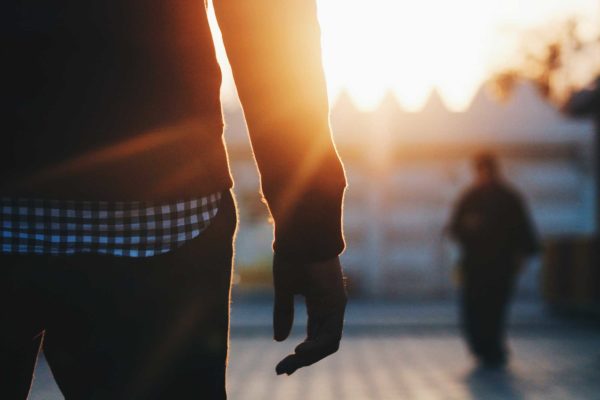 Never in the history of time have women been more in the dark about men. Raised to rule the world, rather than to become wives and mothers, many women are shooting blanks when it comes to love.

That so many are products of divorce doesn’t help matters. Growing up with one parent, as opposed to two, has the unfortunate consequence of teaching kids nothing about how how to get along with the opposite sex.

Here are 6 things women need to know about men:

1. Men are easy to please and quick to forgive.

Men are so simple it’s ridiculous. Not simple as in dumb, as the media would have you believe. Simple in that they have far fewer needs than women do. What men want most of all is respect, companionship and sex. If you supply these basics, your man will do anything for you—slay the dragons, kill the beast, work three jobs, and so on. Men will happily do this if, and only if, they are loved well in return. Moreover, when there is disagreement, men are quick to forgive if you can swallow your pride and make a loving gesture toward reconciliation. Preferably naked.

2. Men live to serve the woman they love.

All a man wants is for his wife to be happy and comfortable, and he will go to great lengths to make it happen. A man’s desire to make you happy is so automatic he’ll let you “win” just to keep the peace. If he determines you cannot be pleased, that’s when he’ll break; and the relationship will begin its inevitable descent.

3. A man won’t always come out and tell you he’s unhappy, so you’ll have to read the signs.

Men are a largely silent bunch, which can be annoying to women, who talk far more than men do. But men’s silence can be a good thing! You can use it as a gauge because when your husband does tell you something, it’s going to be important—and you need to listen. All too often men will say they tried to get their wives to hear what they think and feel about something but that it falls on deaf ears. And most men, after a long spell (because they’re very patient as a rule) of not being heard, will eventually act out.

One of the most important things you can do to have a peaceful marriage is to agree with your man rather than argue with him all the time. Men hate fighting with women because they don’t think of women as competitors. They think of a woman as someone to love and protect. And to protect you properly, men feel they need to be right when making decisions that affect both of you. When you challenge the choices he makes, or when you fight back and say “no” to everything he suggests, your marriage will suffer.

5. A man’s identity is inextricably linked to his ability to provide and protect.

If you usurp your man’s ability to be your hero, either by living outside his means or by making a more than he does and using it as leverage, your relationship will become a ticking time bomb. When a wife pulls rank in this way, the marriage is dramatically altered—particularly in the bedroom.

“According to psychologists who see couples struggling with [a shift in economic power], many relationships follow the same pattern. First, the wife starts to lose respect for her husband, then he begins to feel emasculated, and then sex dwindles to a full stop,” notes Ralph Gardner, Jr. in New York magazine.

Men do not have the attention spans to listen to long-winded conversations. Get to the point when you talk to a man, and leave the long conversations for your girlfriends. Men also don’t respond to nagging and complaints. Turn your demands into requests and your complaints into compliments. You really can catch more flies with honey than you can with vinegar.