Why Dating Is Dead
and What to Do About It 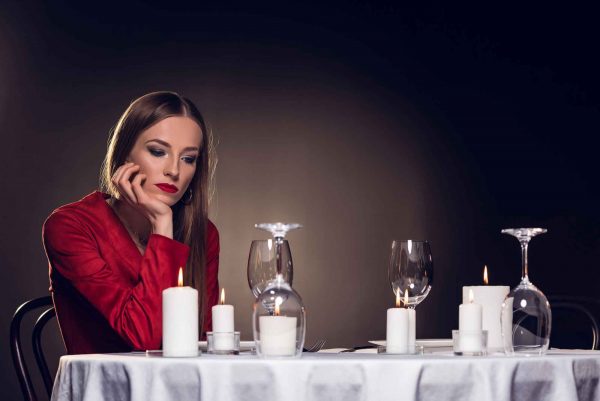 In my day (I’m 51, so an 80s girl), romantic relationships weren’t complicated. You met someone, you were attracted to him or her, you got along great, and you started dating. As in, actual dating: the guy asked the girl to dinner and a movie, and out they went. At the end of the date, he dropped her off at home, kissed her, and if the date went well, said he call her tomorrow.

If one of the two parties wasn’t “feelin it,” the relationship pretty much ended there. If they both liked each other, it continued. The relationship would then either fizzle out over time or it wouldn’t. If it didn’t, the couple got married. The end.

This pattern bears no resemblance to today’s dating scene. Young people today don’t date; they “hang out,” which basically means spending time together in the same room. They don’t even have to be communicating in that room—they’re likely on their respective smartphones and watching TV. Or they might “hookup,” which can mean anything from kissing to having sex. Whatever goes on between men and women today, particularly in college but even afterward, is all rather vague.

And, I would add, senseless.

Smartphones and social media are in part to blame, but it goes deeper. As products of divorce, the modern generation has no clue how to make a relationship work. The sex part they have down—that part’s easy. But how to communicate, how to date, and how to love, well, it’s all Greek to them. There are two main reasons for this sad state of affairs:

Women no longer—as women have always done since the beginning of time—embolden men to bond with them before agreeing to have sex. If a woman wants love and commitment, even prior to marriage, she’s not going to get it by making herself so sexually available. That’s not how it works. Unfortunately, young women have been taught that “having sex like a man” somehow makes them equal to men.

But of course it does just the opposite. Women don’t gain power by being promiscuous—they lose it.

When it comes to love and sex, men always follow women’s lead. A man can’t have sex with a woman without her permission (if he does, it’s a crime); therefore, the average romantic relationship travels along whatever path a woman walks. If she lets a guy know he needn’t put in the effort, well then, he won’t put it in the effort. But if her standards are high, if she commands respect and makes him work to earn her love, he will rise to the occasion.

Unfortunately, too many young women do the former rather than the latter; which makes it hard for the women whose standards are high. It also makes dating superfluous. With so many women putting the cart before the horse, relationships go nowhere. They don’t even get off the ground.

2. Marriage is viewed as the grand finale rather than as the main event.

For every other generation, marriage was considered the beginning of life. The purpose. The whole enchilada. Thus, dating was serious business, which means people didn’t waste time with people they know they’d never marry. Rather, they date with purpose: to find out if the person is a potential life match. Without that element, you’re just shooting blanks.

But there’s a problem with the modern mindset that marriage should be postponed indefinitely: there’s a huge psychological toll for moving in and out of countless relationships that go nowhere. The idea behind it is that you learn about people and about yourself and about what you ultimately want in a partner, and there’s some truth to this.

But it is equally, if not more, likely you’ll end up cynical and scarred—and more wary, not less, of how to build a relationship that lasts. This is especially true if all of those relationships were sexual in nature, which they typically are.

Each time you invest in a relationship that doesn’t last, each time you pour out your heart and your soul and your body to another human being, you leave just a little bit damaged. You then take these wounds with you into each new relationship. By the time you do get married, if you do, your faith in love has been shattered.

I posit that if we changed just these two things—if women stopped sleeping with men so casually and so quickly, and started owning their power in the realm of love and sex, and if we viewed marriage as something to aspire to rather than something to put off or to avoid, dating will once again begin carrying some weight.

I don’t see any evidence that young people, women in particular, enjoy an endless stream of broken relationships. And none of us learns who we really are until we get married, so the idea of postponing marriage until we “know ourselves” is just something people tell themselves.