Ep. 55: The Sex-Starved Husband (and Other Raw Deals for Men): Bettina Arndt 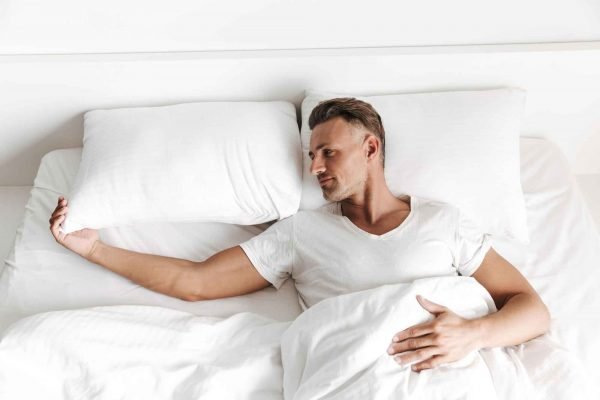 When it comes to American women, there’s no shortage of attention paid to their needs, their desires, their education, their careers, and their rights. That is not the case for men, and it is no different in Australia—as Australian writer and commentator Bettina Arndt can attest.

Bettina started out as one of Australia’s first sex therapists before becoming a respected social commentator on gender issues. After nearly twenty years writing and talking about these issues, she wrote an international bestselling book about sex.

The Sex Diaries looked at how couples manage their sex supply, dealing with their ups and downs in sexual desire. Ninety-eight couples kept diaries for her, writing about their daily negotiations over sex. Bettina followed this up with an exciting diary project on why sex means so much to men, which led to her book, What Men Want.

Since then, alarmed by the unfair treatment of men in our society, Bettina now devotes her time to making YouTube videos and media appearances about men’s issues and the anti-male feminist agenda.

5:10 How sex has faded from marriage, and how If women aren’t interested, it just doesn’t happen

5:30 Sex is treated differently than all the other ways a loving couple caters to each other’s needs and desires

6:45 The culture talks endlessly about how “men aren’t doing enough” and how sex is top of most men’s list and those needs don’t get met

8:30–10:22 Bettina and Suzanne discuss “the grope” and why men make that kind of sexual approach toward their wives

10:30 Men hardly ever hear anyone talk about how the lack of sex in a marriage is unfair to men

11:25  How even if women don’t feel like having sex with their husbands, they should do it anyway. Bettina discusses how she was lambasted by feminists for saying this

15:25 Getting away from the stresses of everyday life is helpful to women to be able to let go and be more sexual

17:10 So many men say they’ve been to counseling and sex never even gets discussed. Usually, this is because the counselor is female and typically sides with the woman

19:00 – 21:12 Suzanne and Bettina discuss if women knew how hurtful this was to men, would they still withhold sex in the same way?

21:30 Bettina talks about what she has experienced on college campuses as a speaker. How college students have told her that she is “encouraging rape” by suggesting women just have sex with their husbands

22:30-24:30 – Bettina talks about the feminist movement and how it mobilized this group of “anti- sex” women

24:40 – 27:20 – Bettina and Suzanne discuss sexual harassment and how women misuse and flaunt their sexual power and then expect men not to react

28:10 How women are not encouraged to examine their own motivation for when they dress un-modestly

29:10- Bettina talks about how Australia and how feminism has had a huge impact on the public debate surrounding men and women