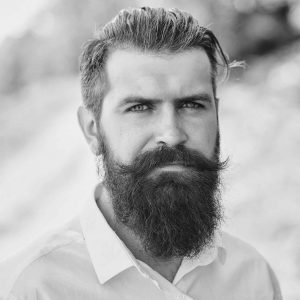 A new study by the University of Queensland in Australia found that women are more attracted to men with beards — which is very good to know, since bearded men are a dime a dozen these days.

But it’s the reason women gave for why they’re attracted to men with beards that matters: because it makes them appear more dominant. In other words, beards make men look masculine.

Unfortunately, we’re in the midst of a full-blown war on masculinity‚ which may very well be why beards are in vogue. As the study revealed, beards give the impression that men are masculine. But are they?

Years of telling men that masculinity is bad, that they should downplay or repress stereotypical male traits, such as aggression or stoicism or even old-fashioned gentlemanly behavior, has worn men down. They’ve now reigned in these attributes. Men have become soft. They’ve stopped achieving. They’ve stopped trying.

And now women don’t want them.

This will not get better. It will get worse. Women are biologically wired to want a dominant man. Not domineering, but dominant. A domineering man (or for that matter, a domineering woman) seeks to control everything and everyone around him. A dominant man simply knows who he is and what he wants. He’s strong. He’s confident. He’s bold. Most importantly, he leads rather than follows — and that’s what women crave.

Male leaders used to be the norm, but they’re dying out. Instead, we’re seeing a rise in beta males, and that changes everything. Beta males make wonderful friends, but they will never be the masculine men women desire. This is, in part, why the younger generation is struggling so much in love.

Yes, many women today focus too much on work, at the expense of marriage, until sometime in the future (a problem all its own), but they will also tell you there are “no good men” from which to choose. When they say that, what they mean is this: There are no strong, confident, ambitious men to marry.

To be fair, they’re not wrong. But that’s because we’ve pushed men out of the workforce and told them no one needs them. What did we expect would happen? Indeed, there’s no doubt a link between that and the explosion of men growing beards.

“Many many young men don’t know what it means to be masculine because feminism and the Left have crapped on masculinity,” notes Dennis Prager. “Sorry for the language, but I can’t think of any verb that does it justice. That’s what they have done. In fact, toxic masculinity for the Left is redundant. All masculinity is toxic. So I think a certain number of men, young men, have only one way of saying, ‘Hello, I’m not a female,’ and that is to grow a beard.”

Will these beards help attract women? Absolutely. But unless men learn to develop and proudly own their masculine core, the lack of shaving will be all for naught because it’s just a ruse.

Posted in Patriarchy, Relationships, The War on Men, toxic masculinity