Are you a feminist and don’t know it? (The short answer: probably.) 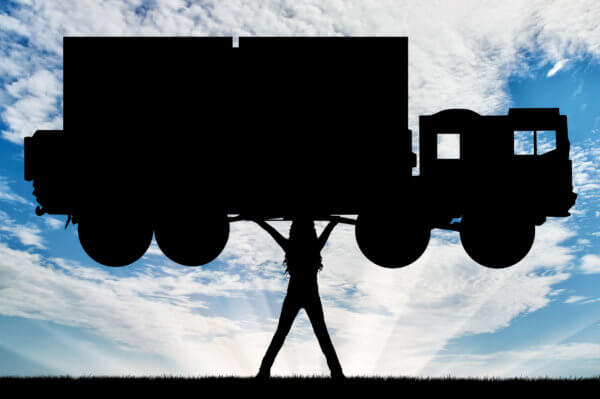 In her excellent book, What Our Mothers Didn’t Tell Us, Danielle Crittenden writes this about feminism’s effect on American women: “It had seeped into their minds like intravenous saline into the arm of an unconscious patient. They were feminists without knowing it.”

I first read those words almost twenty years ago, and I’ve thought of them often over the years while observing the ongoing conversation about who’s a feminist and who’s not. Or about what feminism is and what feminism isn’t.

The short of it is, despite the fact that most women today do not use the feminist label to describe themselves, they are feminist thinkers nonetheless. They have, in fact, absorbed its tenets like intravenous saline into the arm of an unconscious patient.

So how do you know if you’ve drunk the feminist Kool-Aid? Here are 7 questions to ask yourself:

If you answered “yes” to any of these questions, you have definitely absorbed the bogus narratives feminists have sold women for decades.

Women who answer “no” to most, if not all, of these questions were no doubt raised by parents whose values were in stark contrast to feminist values. Or they simply had good relationships with the men in their lives and know there’s a healthier way in which to view the world than the one feminists sell. As the late Kate O’Beirne once said, “I learned more about self-worth, ambition and opportunity from my conservative parents and Catholic nuns than I ever did from Eleanor Smeal and Gloria Steinem.”

The feminist movement was supposed to liberate women and make them happier, but it has done just the opposite. A 2009 study by the University of Pennsylvania concluded that, despite all the progress women have made, they’re decidedly less happy than men.

“We look across age groups, across marital patterns, across labor force participation rates, across whether or not you have children,” notes Betsey Stevenson, one of the study’s authors, “and we find that there’s not a particular group of women that are less unhappy, but rather all women across all these categories have become less happy relative to men.”

At the core of this unhappiness lies a message women have been sold about sex, love, work, marriage and motherhood. This message—that American women are oppressed; that women are just as sexual as men and thus need to ‘sow their wild oats’ before settling down; that marriage and motherhood stifle a woman’s identity and hold women back from being all they can be; that women can’t get ahead in the marketplace due to rampant discrimination; that men and employers are to blame for why women can’t ‘have it all’; that men have it better in every area of life—did not empower women in the least.

If your marriage or love life is a complete disaster, or if you’re running around like a chicken with your head cut off trying to ‘do it all’ and having no time for yourself or your marriage, I guarantee it’s because you either knowingly or unknowingly fell for the message feminists sold.

You may not think of yourself as a feminist or even use that label, but you’ve absorbed its tenets just the same. You subconsciously went along with what those around you were doing and mapped out your life accordingly.

But you have the power to change all that. You can hit the rewind button anytime you want and undo what you’ve absorbed that has kept you down rather than lifted you up.

It’s a tall order, and it won’t be easy. But that doesn’t mean it can’t be done.